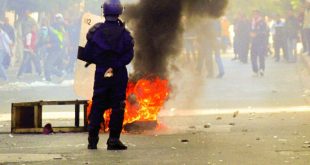 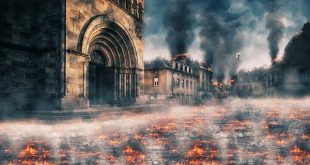 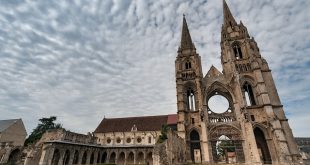 Conventional wisdom has it that all new governments get to enjoy a “100 days” honeymoon in which they can implement the most pressing of their campaign promises.  After that, all bets are off because of what former UK Prime Minister Harold Macmillan supposedly called “events dear boy, events.”  For Donald Trump, the honeymoon lasted just 80 days… 80 days in which the allegation that he was Putin’s puppet refused to go away… 80 days in which the checks and balances built into the US system of government thwarted most of what he wanted to do.

On 4th April, Trump produced the mother of all political U-turns – ramping up America’s wars (including reheating the decades-long conflict with North Korea) and abandoning most of the domestic policies on which he was elected.  As Edward Luce in the Financial Times puts it:

“Well, that was a relief. It took less than 100 days for Donald Trump to put the generals in the driving seat. Stephen Bannon, the grand architect of the impending clash of civilisations, has already been sidelined. America’s allies in Europe are audibly exhaling. Vladimir Putin, the Russian president, is no longer Mr Trump’s best friend. Democratic and Republican hawks alike are still showering Mr Trump with praise. Another salvo of Tomahawk missiles should cement the deal. All is now forgiven. Goodbye Mr Bannon. Welcome to Trump 2.0.”

But as Luce concedes, Bannon is the nearest thing to a strategic thinker in the Trump White House:

“Jared Kushner, like his father-in-law, is a Manhattan realtor with a talent for connections. But he has no worldview. James Mattis, secretary of defence, has a shrewd military brain. But battlefield nous should not be confused with strategy. Ditto for HR McMaster, national security adviser, who joined forces with Mr Kushner to sideline Mr Bannon.”

Before breathing their collective sighs of relief, however, Luce reminds Democrat supporters that the army of voters who elected Trump are not the ‘basket of deplorables’ conjured up by the Democratic Party’s PR department:

“Millions of Americans who voted Trump had also voted for Barack Obama… What they heard was a promise to put the US middle class back into the limelight. That meant no more reckless wars. Mr Trump’s attack on George W Bush’s Iraq war was a seminal moment in his campaign.  It also meant no more pandering to the super-rich. The Trump campaign was the first successful pitch to blue-collar voters in Republican history. Mr Bannon was one of its architects.”

Trump’s U-turn means that that large block of disenfranchised voters have just had their worst suspicions about the nature of the US political system confirmed.  As I noted on the eve of the US election:

“While a Trump victory is likely to produce the sort of media hysteria that followed the UK referendum result, Trump is no more likely to be able to deliver on his promises than are the Leavers in the UK.  Trump will have to sway a resentful congress to deliver on his domestic policies.  And while he will have more freedom of movement in foreign affairs, the military-industrial complex is unlikely to roll over if the trillions of dollars of military spending (and all of the jobs that go with it) is threatened…

“If… Trump wins, it is highly unlikely that he is going to reverse the ills of four decades of globalisation and neoliberalism.  The power of the corporate lobby in Washington more or less guarantees that what few reforms a Trump presidency is able to deliver will favour the already wealthy… most likely at the expense of the poor.  And gradually, the anger and resentment will grow.”

The lives of people in America’s flyover states will deteriorate further under Trump.  America will not be made great again.  Its infrastructure will continue to decay.  Its young men and women will continue to be sent into unwinnable conflicts for which no coherent strategy, still less an endgame exists.

To the various extremist groups that go under the collective label ‘Alt-Right,’ April 4th 2017 was a left-wing palace coup.  Consider archetypal conspiracy theorist and blowhard Alex Jones, whose YouTube channel has more than 2 million subscribers (contrast that with the 395,234 people who read the Washington Post).  Trump apparently regarded the support given by Jones’ channel as crucial to his victory.  But Jones is now threatening to turn that subscriber base against Trump:

“I want to tell Trump one more thing.  Everybody hated Obama.  Everybody hated George W. who got installed…  The fact [is] that people loved you when you spoke out against globalism.  If you turn on them, they’re going to hate you like a woman scorned.  So Donald Trump, don’t think you’re going to slick your way out of this one if you’re starting to go sideways…

“We’re in a fight for the heart and soul of this country.  Globalism is imploding worldwide.  And as usual, the unelected authoritarian system of planetary corporatism that calls itself ‘globalism;’ this crony capitalist system that calls itself a ‘free market’ is using war again to try to claw back out of the defeat they’re having at the hands of the people.  We’re fighting for this republic.  And we’ve only begun to fight.”

That last phrase is the most chilling.  Where democracy fails force will follow.  Not that America’s right-wing groups are large enough to take on the US state.  However, if a sufficient proportion of Trump’s voters were won over to the idea that having failed through the ballot box, the only way they can improve their lot is through armed resistance that would set the USA on an ugly trajectory.

I stand by my conclusion written on the eve of the election last November:

“Four years from now (if not before) the anti-establishment leader who emerges to take on the Washington insiders is unlikely to have the kind of skeletons that fell out of Trump’s closet on the road to 8th November.  But he or she may have all of the racism, misogyny and misanthropy of the very worst kind of right-wing populist… a candidate with all of the skills and none of the flaws of Trump.  In the absence of a serious shift in economic and social policy, American democracy would struggle to defeat such a figure… still less outlast one.”

In short, Trump’s failure to deliver on his election pledges means that next time around America could well face a real fascist movement, complete with an armed paramilitary wing… unless, of course, the generals step in to restore order. 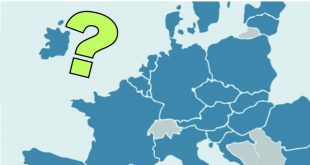