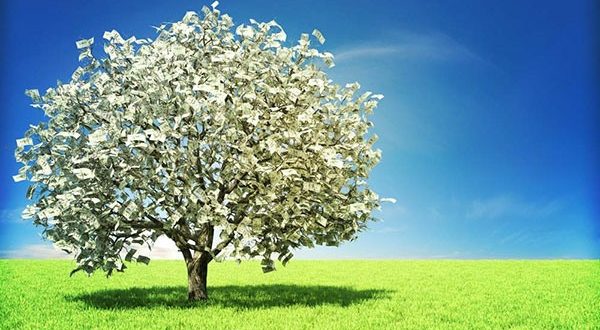 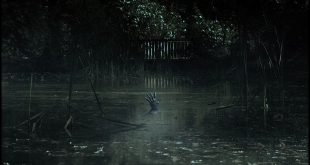 Bigger than you can imagine

A predicament in three parts 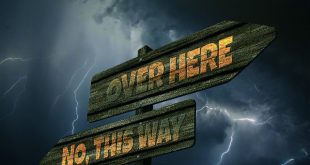 Choose one bad option or get them all

As the British general election enters its final week social media users have been bombarded by Tory trolls using #magicmoneytree to imply that Labour cannot be trusted on the economy.  The irony here is that the majority of Tory MPs and almost all of their non-banking supporters are entirely ignorant of where money comes from.  As we warned at the start of the campaign:

“Between now and June 8th, the most common question posed by politicians, journalists and drunk men down the pub will be some variant of “how are you going to pay for it?”  From defence spending to international aid and from energy price caps to social care, every electoral promise will be put under the spotlight.  Organisations whose forecasting records rank only just behind newspaper astrologers will be wheeled out to pontificate over the chances of this or that political party balancing the books.  Stereotypical businessmen with vaguely working class accents will be invited to remind us that “we can’t pay ourselves more than we earn.”

“Such is the theatre of general elections.  However, for all of the bluster, the question is largely meaningless.  It is based on the entirely false belief that a government operates like a household or a business. By accepting this, those asking the question make the profound error of mistaking the process of obtaining money with the processes of actually making money.”

What is truly obnoxious about this final phase of the election campaign is that since Margaret Thatcher de-regulated the banking and finance sector in 1986, successive Tory (and their pale blue Blairite clone) governments have been operating (and benefitting personally from)  a private financial system that does indeed look for all the world like a magic money tree.

The myth that most people believe about money creation is that only the government can create money.  We have been encouraged to imagine that somewhere in the vaults of the Bank of England is a stack of gold bars equivalent to the value of all of the British currency in circulation.  And like a household that can only spend income that it earns, the government can only issue new money when it somehow earns new gold to back it with.

It is hardly surprising that the public believe this fantasy, given that three quarters of Tory MPs also believe it.  It is, however, utter nonsense.  Like all other currencies in the world today, the British Pound is what economists call a “fiat currency” – it has no value in and of itself, nor is it backed by any commodity (such as gold or silver) to give it value.  Instead, the Pound is only valuable because we have a law that obliges traders to accept it as legal tender, and because we are required to pay our taxes in Pounds.  It is, in effect, a currency of trust which only works so long as we continue to trust that we can purchase goods and services with it.  In 2008 we all had a glimpse of what can happen when that trust wears thin.

So how is money created in the modern economy?  Well, the grain of truth at the centre of the myth of money creation is that the government could ask the Bank of England to get in touch with the Royal Mint and ask them to print a few million pounds worth of new notes and coins (although these days governments rarely do).  However, notes and coins account for less than three percent of all of the money in circulation today.

While many years ago governments created money by printing notes and coins, that system was phased out with the development of computers.  Today, most governments borrow money into existence rather than printing it.  For what it is worth, the Tories have been doing this on steroids since 2010, and are well on course to double the debt they inherited from Labour (which only increased after the 2008 crash) by the end of the decade.

Government money creation works like this: first, governments issue a bond – essentially a share in the future taxes levied upon British businesses and households.  The bonds are then auctioned off to the banking and finance sector.  This provides the government with the currency it needs to pay for such things as HS2, the Hinckley Point C nuclear power station, and subsidies to the private rail companies (which we then have to pay to use, effectively charging us twice!)  The Bank of England then purchases these bonds in exchange for the modern electronic equivalent of new notes and coins; central bank reserves.

These central bank reserves, together with the notes and coins are what Tory campaigners fondly imagine to be the magic money tree.  However, these account for less than three percent of the currency in circulation: 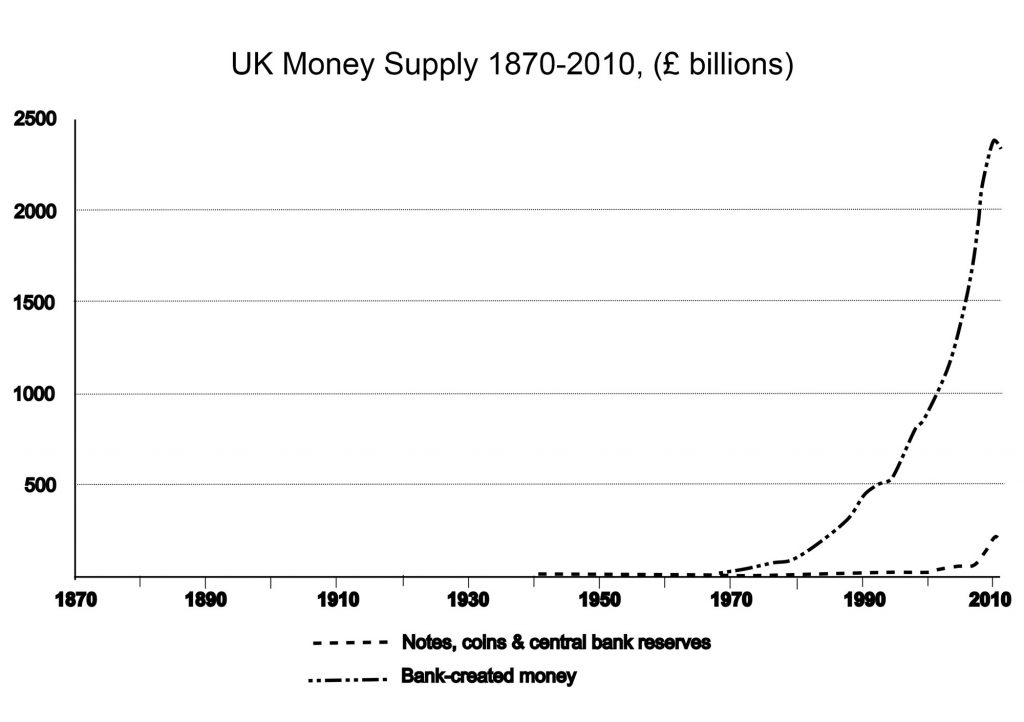 The real Tory magic money tree is the process by which the other 97 percent of our currency simply appears out of thin air.  Note that almost all (except notes and coins) government created currency is the same thing as government debt.  But government debt is just a tiny fraction of the total debt in the economy:

The remainder of the debt in the economy is shared between companies and households, with mortgage debt accounting for the majority of personal debt.  The common myth that people believe about this debt is that it is simply someone else’s savings.  That is, when someone puts their money into an ISA or a pension fund at the bank, that money is loaned out to another bank customer who wants a mortgage.  This, far too many people believe, is why banks never have much money in their vaults.  But stop and think about it for a moment and you see the obvious problem with this belief.  If the only other currency in circulation is the government debt that, together with notes and coins, makes up just a tiny fraction of total UK debt, how is it possible for private debt to be so much higher?  Surely, if banks were merely swapping money between savers and borrowers (and taking a percentage for themselves) the amounts of public and private debt should be in balance.  Clearly they are not.  So where does all of that other currency come from?

The Bank of England has patiently explained to anyone prepared to listen exactly where the majority of the currency circulating in the UK economy comes from:

“In the modern economy, most money takes the form of bank deposits. But how those bank deposits are created is often misunderstood: the principal way is through commercial banks making loans.  Whenever a bank makes a loan, it simultaneously creates a matching deposit in the borrower’s bank account, thereby creating new money.” (My emphasis)”

The shocking truth is that banks magically bring currency into existence at the stroke of a computer keyboard when they make loans.  Worse still, they are not simply distributing this currency into circulation; they are effectively renting it to us by charging interest on it.  As Tim Watkins points out in The Root of All Evil:

“The important point to understand here is that banks are not charging interest on money that was already in existence – that is, money for which some equivalent value (the time and skills of a worker or the capital equipment of a business owner) had already been exchanged.  And the impact of this money for nothing counterfeiting scheme on the real economy is devastating.”

Now ask yourself why the Tories are so keen to force everyone to take on additional debt in the shape of high house prices, student loans and the social care loans trailed in their manifesto.  These policies have absolutely nothing to do with the cost of providing public services – issuing bonds or simply printing currency is a far less costly means of achieving that end.  What all of the indebtedness encouraged by successive Tory and Tory-lite governments since 1986 has been about is allowing the banks to create ever more fiat currency on which they can charge us their equivalent of rent.

What the banks have done with that privilege is even more scandalous.  Not content with earning interest, the banks repackage the income from the loans they make in the form of “securitised investment vehicles” (SIVs).  Unlike a mortgage, that could take 25 years to be repaid, a SIV can be sold on immediately.  In effect, the banks discovered a way of passing the risk of issuing mortgages onto third party investors.  This meant that the final risk – of borrowers defaulting – to mortgage lending had been removed; which is why in the 1990s and early 2000s the banks bent over backward to lend us as much currency as possible (which inevitably led to ridiculously high house prices) allowing small, regional banks and building societies to turn into giant multinational corporations in the course of little more than a decade!

The important difference between government debt of the kind Labour says it wants to use to fund investment and the bank debt that the Tories want to use to try to keep the consumer spending party going for a bit longer is that the Tory magic money tree has no substance.  It is based solely on the belief that all of us will always be able to repay our debts.  In 2008 we witnessed a mild example of the economic crisis that is on the horizon as it becomes obvious that austerity cuts have failed to produce the levels of economic growth required even to service the high levels of private debt in the economy.  Next time the economy turns down we will witness a wave of bankruptcies across the globe that no amount of government bailouts will be able to halt.

Government debt, by contrast is far more secure.  It might surprise you to learn that a portion of the deficit that the Tories make such a big song and dance about is going to service the debts that King George III’s government ran up during the Napoleonic Wars.  One of Gordon Brown’s last acts as chancellor was to pay the final instalment of the UK’s Second World War debt (the First World War debt took a little longer).  The point is that governments are backed by the taxes levied on their citizens and corporations in perpetuity.  This makes government debt highly valuable.  People (and companies) want to invest in UK government bonds precisely because – unlike bank securities and corporate bonds – they are a safe place to invest because there will always be taxpayers to fund them.

So when some online Tory troll, some boorish deadhead down the pub or even the local Tory candidate talks about #magicmoneytree, ask them if they have the faintest idea where money comes from (the odds are they won’t have a clue).  If they are able to explain the process by which currency is actually created in a modern economy, ask them why they think it is reasonable for private banks to make money on the back of currency they printed out of thin air, but they think there is a problem with a government borrowing money to invest in Britain’s future.  The odds are that they won’t have an answer for the same reason that nobody within the Tory government does – they are totally clueless on how the economy actually operates. 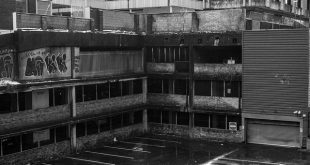 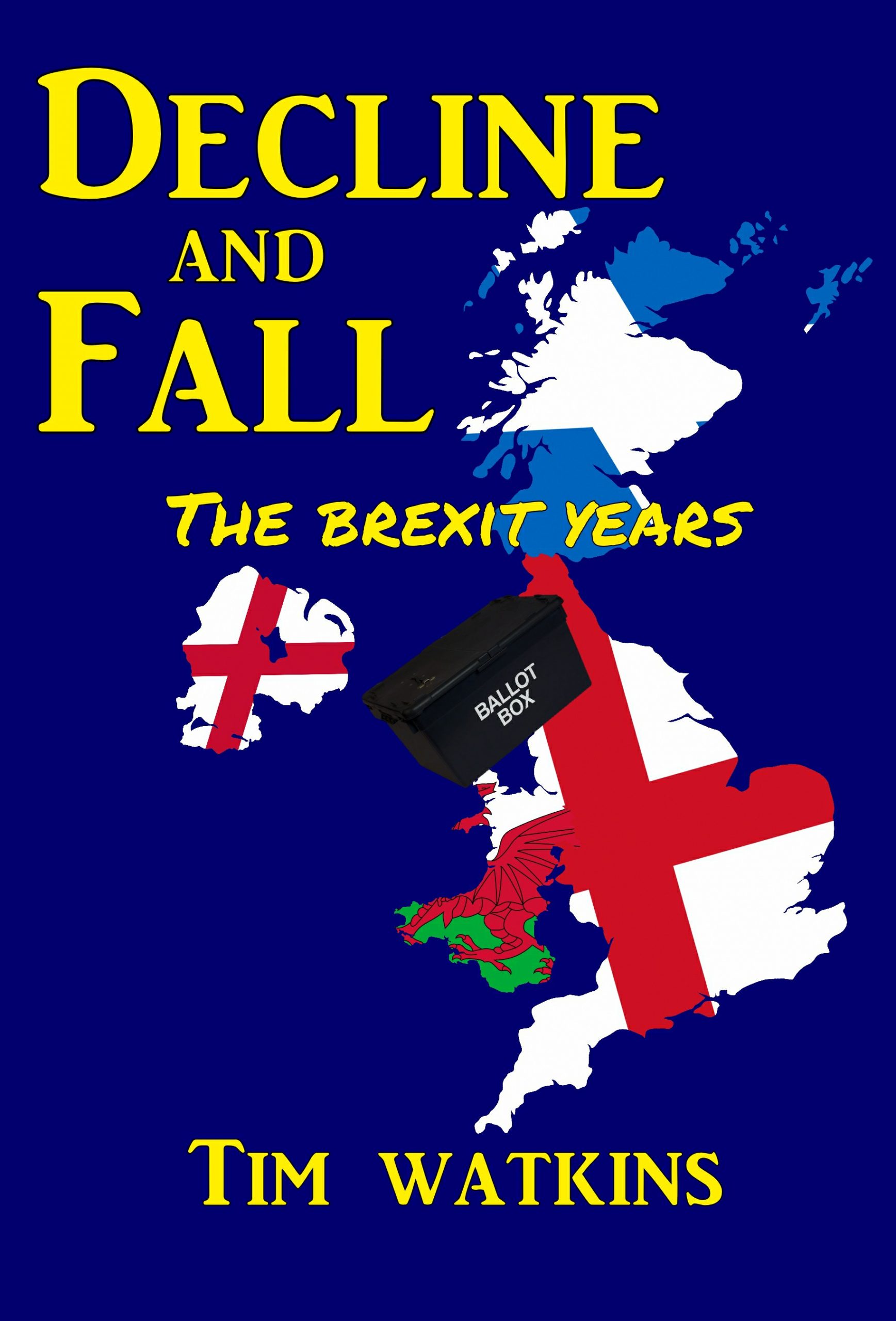