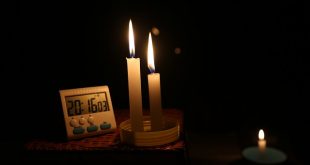 The narrative problem after peak oil

Hidden in the small print of any credible plan to run the global economy on renewable energy will be at least one of three big assumptions:

The trouble is that the same people who claim that we are well on the way to our carbon-free utopia tend to enthusiastically claim that their cherished renewable energy technologies can simultaneously replace the fossil fuels that we currently use and provide the power for the high-energy technologies of the future, while lacking sufficient power to do either.

To be clear here, modern renewables (i.e. not the widespread third-world dung and wood burning that, along with large hydroelectric dams, makes up almost all of the world’s renewable energy today) account for less than three percent of world energy production.  Despite the herculean efforts of countries around the world, the massive percentage growth in renewable electricity generation has barely dented our dependence upon fossil fuels because we are starting from such a low base.

The point is that even at current rates of deployment, modern renewables – solar, wind, tide wave, etc. – have absolutely zero chance of replacing fossil fuels in electricity generation in anything like the time required to halt global warming or to offset looming fossil carbon shortages.  Nevertheless, the blind proponents of our green energy future blithely throw electric vehicles into the mix as if these can have no impact on the already daunting task of swapping out our fossil fuel electricity generation.  Transport for London recently calculated that for Britain to swap out its petroleum car fleet for electric vehicles would require an additional 20 nuclear power plants (i.e. on top of those already required to replace UK coal and gas power stations).  That was before Elon Musk decided to break the laws of physics by promising to produce commercial battery-powered heavy goods vehicles in just two years’ time (Musk is relying on at least one of those pesky yet-to-be-invented technologies to make commercial electric trucks viable):

“Musk vowed it would haul an unprecedented 80,000 pounds for 500 miles on a single charge, then recharge 400 miles of range in 30 minutes. That would require, based on Bloomberg estimates, a charging system that’s 10 times more powerful than one of the fastest battery-charging networks on the road today—Tesla’s own Superchargers…

“These claims are so far beyond current industry standards for electric vehicles that they would require either advances in battery technology or a new understanding of how batteries are put to use…  In some cases, experts suspect Tesla might be banking on technological improvements between now and the time when new vehicles are actually ready for delivery.”

The problem, of course, is that we were already struggling to deploy sufficient modern renewables to replace the fossil fuel electricity generation for our current electricity use.  Electric cars and, especially electric HGVs, would require twice as many modern renewables again.  Alternatively – and far more likely – is that renewables are rapidly becoming a zero-sum game in which one person’s electric HGV is another person’s power outage (either because there isn’t enough electricity to go around or because prices go so high that those at the bottom can no longer afford it).

As if the showmanship of Mr Musk were not enough of a challenge to our fantasies about a zero carbon future, along comes the unsustainable cryptocurrency boom.  Born out of a deep mistrust of the banks in the wake of the 2008 crash, cryptocurrencies like Bitcoin are based around a distributed ledger “blockchain” that uses electronic “mining” to simultaneously update the ledger and create new currency.  In this Ted Talk, Lorne Lantz explains the process.  At 3:57 into the presentation, Lantz glides over the fact that the process is very energy-intensive.  A look inside a Bitcoin “mine” gives an idea of this.  But just how energy intensive is it?  According to Alex Hern in the Guardian:

“Bitcoin’s ‘mining’ network uses more electricity in a year than the whole of Ireland… the estimated power use of the bitcoin network, which is responsible for verifying transactions made with the cryptocurrency, is 30.14TWh a year, which exceeds that of 19 other European countries. At a continual power drain of 3.4GW, it means the network consumes five times more electricity than is produced by the largest wind farm in Europe, the London Array in the outer Thames Estuary, at 630MW.”

Worse still, since the Bitcoin blockchain is growing, the amount of electricity needed to operate just this one cryptocurrency is gowing exponentially.  According to Power Compare:

“While Bitcoin Mining is only currently consuming 0.13% of the world’s electricity output, it’s growing incredibly quickly.

“The Bitcoin Energy Consumption Index estimates consumption has increased by 29.98% over the past month. If that growth rate were to continue, and countries did not add any new power generating capacity, Bitcoin mining would:

Clearly no amount of additional renewable energy deployment is going to keep pace with Bitcoin if it continues to grow at its current pace.  This said, the current buying frenzy looks for all the world like the seventeenth century Dutch tulip bulb bubble… except that at least when that bubble popped, investors got to walk away with a tulip.  That said, whatever fortune may or may not befall Bitcoin, bankers and finance policy makers are taking the blockchain seriously.  As Clara Guibourg at City AM recently reported:

“IMF director Christine Lagarde has joined the massed ranks of those backing blockchain, the hyped technology powering digital currencies like bitcoin, as the IMF lauds its potential in a new report…

“The IMF suggested both digital currencies and distributed ledger technology have the potential to slash costs and improve speeds of financial services and ‘become a powerful tool for deepening financial inclusion in the developing world.’”

Given how energy-intensive the Bitcoin blockchain has proved to be, one can only begin to imagine how quickly the world would run out of electricity were the global banking and finance sector to adopt a blockchain for all of our banking transactions.

The sad truth is that if we want to transition to a zero-carbon economy, we are not going to have a replacement fleet of new electric cars (still less trucks, ships and aeroplanes) or be using cryptocurrencies instead of money.  And don’t get me started on the kind of processing power that we would need to install to create the “Internet of Things” in which all of the electrical goods owned by 7.5bn humans get internet connections of their own.  Indeed, even if we – or at least our political and economic overlords – decide that these technologies should have preference over having a habitable planet, the rapid depletion of cheap and abundant supplies of fossil carbon fuels is likely to render them unsustainable anyway.

It is possible, of course, that some new yet-to-be-invented energy technology will come along to allow us to build a high-energy zero-carbon economy and avoid cooking the planet with the waste heat alone (i.e. irrespective of climate change).  On the other hand, as my grandmother would have said, “you really shouldn’t count your chickens before they’ve hatched.”

… you might consider supporting The Consciousness of Sheep.  There are three ways in which you could help us continue our work.  First – and easiest by far – please share and like this article on social media.  Second, sign up for our monthly e-mail digest to ensure you do not miss our posts, and to stay up to date with news about Energy, Environment and Economy more broadly.  Third, if you enjoy reading our work and feel able, please leave a tip.

Previous Thatcher’s legacy
Next UK government has a cruelty problem 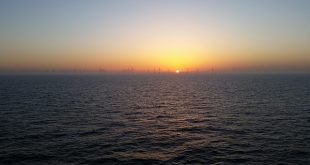