Closer to the edge 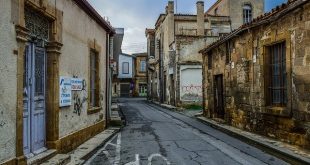 What then are we to become?

A crisis of affordability

In an interview with the Telegraph, Deputy Governor of the Bank of England Ben Broadbent used the term “climacteric” to describe the trajectory of the British economy.  Unfortunately, while the term has a particular meaning to economists, it has a colloquial meaning that might be taken to stray into the realm of sexism:

“Physiology: a period of decrease of reproductive capacity in men and women, culminating, in women, in the menopause.”

As Broadbent later explained to the Guardian as part of the inevitable apology that public figures are obliged to make any time someone from the affluent liberal class takes offence:

“I was explaining the meaning of the word ‘climacteric’, a term used by economic historians to describe a period of low productivity growth during the 19th century. Economic productivity is something which affects every one of us, of all ages and genders.”

For an economy that has stagnated for the past decade despite the government’s attempts to cut their way to prosperity, this is devastating news.  What Broadbent was saying is that Britain faces decades of stagnation with little sign of improvement.  That means more cuts to public services; more stagnant wages; more zero-hours contracts; more food and energy poverty; more children going without food; more homelessness.  Moreover, the slump in the nineteenth century only came to an end when the world switched from coal to oil in the 1950s – a process that also involved the small matter of two world wars.  So hardly something that bodes well for our collective future.

One would be forgiven for anticipating howls of protest about the impact that a decade of mismanagement of the economy by both government and the central bank is now going to have upon the poorest and most vulnerable people in Britain.  The Trades Union Congress (TUC) for example, might be expected to call on government to change course as a matter of urgency.  Alas, no:

“Frances O’Grady, the general secretary of the TUC, said the language Broadbent used in his interview was ‘totally inappropriate’.  ‘There’s no need to resort to lazy, sexist comments to describe problems in the economy,’ she said.”

We might take from this that the person responsible for representing Britain’s workers is less concerned about the likely acceleration of the unpleasant economic and political trends that we have witnessed since 2008… just so long as Broadbent is made to atone for saying a word which, taken out of context, might or might not be considered sexist.

It falls to a representative of the wicked capitalist class to give voice to the concerns that O’Grady should have raised:

“Carolyn Fairbairn, director general of the CBI, the business lobby group, said Broadbent’s comments in the interview detracted from the crucial issue of weak productivity and living standards.”

Which raises the question of whether Broadbent or one of his Bank of England PR advisors might have figured out a clever means of publishing bad news without the mainstream media jumping all over it:  Simply throw in some term or comment that edges toward sexism (or racism, homophobia, etc.) but is plausibly deniable, then sit back and wait for an army of outraged affluent liberal journalists to descend on your office demanding an apology for your comment while overlooking the horrific consequences of your announcement for millions of ordinary families.

It will certainly be worth watching to see if government ministers start peppering up their announcements with a small pinch of lightweight sexism in future.

Share
Previous A breadless circus
Next Riding the bumpy road down

Wrong for a different reason