Your enemy’s enemy is not your friend

Just a fairy tale to deceive ourselves 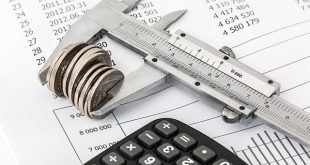 When the dam breaks

There is an Arabian saying that “my enemy’s enemy is my friend.”  It is a saying that was put into practice in the sixteenth century, and inadvertently created the USA.  The thanksgiving story about how the Native Americans gave food to European settlers who would otherwise have starved, is a myth.  What actually happened was that one group of Native Americans saw the Europeans as potential allies in a war with another group of Native Americans, and gave them food in exchange for armed support.  From a Native American perspective, they would have been better served by letting the Europeans starve to death.  That is, their enemy’s enemy turned out to be an even bigger enemy in the end.

A similar situation has developed in western politics in the last decade.  While, prior to 2008, we mostly tolerated the people on the opposite side even if we disagreed with them; since 2008 it has become personal.  Our opponents are no longer people with bad ideas; but bad people.  And as this division opens up there are plenty of vested interests who are all too happy to exploit it.

On the US political left, for example, we have witnessed a complete reversal of attitudes toward the military-industrial complex, surveillance state and the mainstream media.  And because Donald Trump is president, a new cold war with Russia is applauded, the FBI and the CIA are suddenly the good guys because of their antipathy to the president; and the pro-Democrat (with the exception of Fox, of course) corporate media that went out of its way to undermine Bernie Sanders (and is currently doing the same to Corbyn in the UK) is now treated as the fount of all wisdom.  Indeed, anyone who presents themselves as an enemy of Donald Trump is unthinkingly assumed to be a friend of people on the left.

So it is that we were treated to a “my enemy’s enemy” piece by Charles Riley at the left-leaning CNN yesterday:

“Four former heads of the Federal Reserve have warned that an erosion of the central bank’s independence will undermine financial markets and damage the economy.

“In an apparent public rebuke of President Donald Trump, Paul Volcker, Alan Greenspan, Ben Bernanke and Janet Yellen wrote in an op-ed published by the Wall Street Journal that the US central bank must be able to make decisions ‘based on the best interests of the nation, not the interests of a small group of politicians.’

“The former central bankers do not mention Trump by name but the president has repeatedly criticized the performance of his own appointee to the top job at the Fed, Jerome Powell. Trump has publicly called for Powell to cut interest rates, and has declined to rule out the possibility of demoting him.”

No doubt many on the unthinking left will be asking, what’s wrong with that?  To the American left, Trump is the very worst president they could have; and his policies are simply intolerable.  If a group of powerful technocrats like Volcker, Greenspan, Bernanke and Yellen can prevent him from shattering the US economy that is surely no bad thing.

The problem becomes visible when you take the personalities out of the story.  Let us imagine a scenario in which there had been a different result in the 2016 election.  Imagine for a moment that Hillary Clinton didn’t rig the Democrat primaries, and that Bernie Sanders had become the Democrat candidate.  Since it is widely acknowledged that it was white, working class Sanders supporters in the Midwest who deserted to Trump, who swung the eventual result, it is very likely that Bernie Sanders would have won.  It is equally likely – given the media and establishment assault on Jeremy Corbyn in the UK – that a Sanders presidency would have been subject to the same kind of media vilification:

“In an apparent public rebuke of President Sanders, Paul Volcker, Alan Greenspan, Ben Bernanke and Janet Yellen wrote in an op-ed published by the Wall Street Journal that the US central bank must be able to make decisions ‘based on the best interests of the nation, not the interests of a small group of politicians.’

Take the personalities out of the situation and what you see are four unelected and unaccountable elitist technocrats arguing that they should wield more power than the representatives of the people in the most important matter there is – the creation and regulation of a country’s money supply.

An objective media might have pointed out that the four horsemen of the economic apocalypse quoted in the piece – Volcker, Greenspan, Bernanke and Yellen – are largely responsible for the economic and political crisis that we now find ourselves in.  It was Volcker, remember, who began the neoliberal practice of handing control of the money supply to the central bank so that every aspect of western life be sacrificed on the altar of “sound money.”  To quote Mayer Amschel Rothschild (of the infamous banking clan):

“Permit me to issue and control the money of a nation, and I care not who makes its laws!”

Greenspan, in turn, was the architect of the massive speculative Ponzi bubble that burst in 2008; very nearly taking the entire global economy down with it (although he had the good sense to get out before the proverbial SHTF).   Bernanke, the man who popularised the hubris of the “Great Moderation” – claiming the central bankers had finally tamed the economy – was the lunatic who drove American families to destitution by jacking up interest rates in the erroneous belief that rising oil prices would generate inflation.  And then, having pulled the rug out from beneath the global finance system, it was Bernanke who got the politicians to force the people to bail out the banks; paving the way for his successor – Yellen – to use quantitative easing and low interest rates to sacrifice the real economy in order to reinflate an even bigger Ponzi bubble.

“In creating the Fed, Congress established an expert, independent agency to manage the country’s monetary affairs. It’s fine for Congress to regularly asked the Fed, as it does other independent agencies, to report what it is doing. But why create, in effect, a ‘shadow Fed’ elsewhere within the government, especially at time when lawmakers are trying to trim excess fat from federal spending?”

It is, however, precisely the failure of the central banks in 2008, and their inability to return the non-financial economy to some semblance of health in the decade since, that calls into question the continued existence of an “expert independent agency” for managing a country’s monetary affairs.  Indeed, the failure of the technocracy is central to the rise of populism in the USA and across Europe – the sentiment expressed by Tory minister Michael Gove when he commented that:

“I think the people in this country have had enough of experts from organizations with acronyms saying that they know what is best and getting it consistently wrong.”

Notice that most elitist media leave out the last part of the quote about organisations – like the central banks – that have demonstrably been getting it wrong for more than a decade.  Remember too, that it is only since the 1980s that central bankers have been afforded a control of countries’ money supplies that even the most optimistic Rothschild would not have expected.  Before that, elected governments – which at least could be voted out again – exercised far more control over monetary policy; while central bankers were mere civil servants who did as they were told.

Of course, neoliberals will ask where that got us.  After all, neoliberalism was the solution to a crisis brought about in large part by politicians seeking to bribe the electorate by printing and distributing inflationary volumes of new currency.  Under the technocracy, however, the pendulum has swung too far in the opposite direction.  The financial system has been turned into an even bigger Ponzi bubble than it was in 2008; meaning that when it bursts, the crisis will be even deeper.  Meanwhile, the economies of the USA and Europe have been hollowed out by a technocratic elite that sees no problem with exporting jobs and driving ordinary people into poverty… even though the loss of purchasing power is now undermining the very economy that gives currency its value.

The danger from the populists – both left and right – is not that they want to wrest back control of the institutions of state so that they operate for the people rather than the financial elites; that is now inevitable.  The real danger is that the populists take actions that are equally damaging to the economy.  In many ways, for example, Trump is an orthodox market liberal (in the English sense of the word).  He is for free markets and competition of the kind that began corroding the rust-belt in the 1980s.  His supposed “economic nationalism” is not about reintroducing capital controls; but merely about renegotiating a series of trade deals to make them slightly more advantageous to American capital (if truth be told, Bernie Sanders would very likely have done the same).

The reality of the crisis we are in – which neither left nor right understands, still less has answers to – is that we have successfully depleted Planet Earth beyond the point where real economic growth can continue.  Yes, we can rig the statistics to pretend that living standards are rising.  Yes, we can grow Ponzi finance bubbles and count asset inflation as GDP.  But the reality is that either by choice or design, the new political and economic consensus that eventually emerges from the ashes of neoliberalism is going to have to figure out how to shrink an economy… and nobody – not even the central bank technocrats – knows how to do that.

Share
Previous Inflation on Wall Street; deflation on Main Street
Next The shape of things to come