Yet another Tory wealth transfer

Labour don’t have to win for the Tories to lose 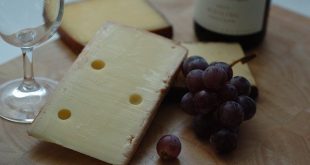 A matter of fortune

The British Tory Party has never seen a state handout that it didn’t love[1].  But in the years following the 2008 crash, the programme of tax increases and public spending costs which has left the majority of people worse off has made if far more difficult to justify measures which extract further wealth from the poor in order to hand it to the rich.  In this respect, the Covid crisis has been something of a godsend, allowing government to funnel billions of pounds to the big corporations even as tens of thousands of small businesses have been driven to bankruptcy as a result of the Covid restrictions.  But the pandemic was always going to be time-limited; and in the UK at least, Covid fatigue set in during the summer of 2021, with the majority of us no longer complying with government rules on facemasks and social distancing.

Fortunately, a longer-term gold seam for funnelling cash from the poor to the rich has opened up in the unlikely field of environmental politics.  Previously the preserve of “back to nature” hippy types, and more recently infiltrated by eco-socialists, the establishment-approved “bright green” variant espoused by groups like Extinction Rebellion and by eco-celebrities such as Greta Thunberg and dear old David Attenborough, has allowed the Tory government to turn carbon reduction into a technological wealth pump.

We had already witnessed this to some extent with the enormous subsidies provided to rich landowners who erected wind turbines and solar farms on land which had previously been used to grow food.  And to popularise the unfair feed-in tariffs, the government extended them so that relatively affluent homeowners with a spare £10,000 or so could put solar panels on their roofs and be paid handsomely for their efforts.  But that cash wasn’t “free,” nor was it raised equitably via the tax system.  Instead, it was added to household and business electricity bills as a “green” levy, in such a way that the poorest households and smallest businesses would pay more.

The same trick was played with the introduction of electric cars, the cheapest of which costs £15,000.  In addition to a £4,500 grant toward the price of an electric car, owners avoided the fuel duty and VAT charged on petrol and diesel.  And while the grant has recently been cut to £2,500 and is no longer available for cars over £35,000, a new £350 handout is available toward the cost of installing a home charger.  The hit to fuel duty and VAT remains.  As the BBC explained earlier today:

“Last year, £37bn was raised through fuel duty and vehicle excise duty, but is believed the transition to electric vehicles could create a temporary tax vacuum by the 2040s, meaning new revenue-raising measures would be needed.

“A net-zero report by the Treasury said future governments ‘may need to consider changes to existing taxes and new sources of revenue’ rather than relying on higher borrowing.”

According to the Society for Motor Manufacturers and Traders, 700 charging points need to be installed every day if the theoretical aim of swapping all new internal combustion engine cars for electric cars by 2030 is to be achieved.  And most of the cost of that new infrastructure is currently falling on the National Grid rather than the car owners, so that it will be the majority who cannot afford and will never own an electric car who will end up paying.  And irrespective of whether the lost £37bn comes from taxes or from borrowing – which will ultimately be repaid via taxes – it is the poorest households and smallest businesses who will be contributing disproportionately for infrastructure they will never use nor benefit from.

This week we have been presented with yet another example of this eco-socialism for the rich and eco-austerity for the poor, in the shape of government policy on future home heating.  Rather like the solar panel and electric car subsidies, the government is offering any household with a spare £12,000 or so a £5,000 grant toward the cost of replacing a gas boiler with an electric heat pump.

It was disappointingly predictable that environmental groups joined with the Labour (lack of) opposition to complain that the scheme will only fund some 90,000 of Britain’s 25 million households.  The real question, of course, should have been, how many households does the government imagine has a spare £12,000 behind the sofa after 14 years of austerity and nearly two years of botched pandemic responses?  Indeed, given the high proportion of metropolitan liberals in environmental groups and among the Labour Party’s membership, it is easy to imagine that they will be among the first to be applying for the new grant.  Nobody, it seems, is prepared to stand up for ordinary working people anymore.

The sad truth is that there never was a way in which we could eschew the energy returns that we get from burning fossil fuels without plunging ever more people into Victorian-style poverty.  Since the proposed alternatives – solar, wind and hydroelectric – have but a tiny fraction of the energy density of fossil fuels, they cannot maintain living standards; still less allow continue economic growth.  Hydrogen – used as a battery to capture excess wind might cushion the blow.  Although most of the theoretical additional energy density from hydrogen is lost in compressing and storing the gas.  Nuclear, again in theory, is millions of times more energy dense than oil.  But nobody knows how to do nuclear at scale in a way that meets the full spectrum of energy needs rather than just electricity baseload.  And even if these issues could be overcome, we would still face a decade or more of energy shortages in the interim.

For more than half a century, environmental groups, green parties and, more recently, left-leaning opposition parties have been assuring us that the cost of dispensing with fossil fuels will not be met through eco-austerity.  This displays a complete ignorance of the energy-basis of the real economy, since energy is wealth while currency is no more than a claim on the wealth energy creates.  As the energy available to the economy declines, so prosperity must retreat.  Worse still, it may point to a dangerous duplicity, since many activists in the environmental groups and parties have been fully aware that the policies they have been pursuing will involve a significant decline in living standards – they have simply chosen not to say this for fear of driving voters away.

Some will claim that eco-austerity isn’t necessarily inevitable, and that in some happy-clappy green utopia the corporations and the rich would pay disproportionately to repair the damage that their activities have wrought on the planet.  But that isn’t the world we live in.  In the UK we have a Tory government with an unassailable majority.  Meanwhile the political opposition consists of a Manchester United football player who probably lacks the time and energy to campaign for a fairer energy deal on top of ensuring that British children don’t go hungry.

As happened with Brexit and Donald Trump, if green and left-leaning parties refuse to acknowledge the reality of Tory eco-austerity, then sooner or later a populist right wing party will come to power on a ticket to Make Energy Cheap Again.  And if we are not careful, all of those people who screamed “fascist” at anyone who considered voting for Brexit or Trump may well get to see what a real fascist party looks like.  Because universal suffrage is also a product of surplus energy, and will soon become a luxury we may collectively choose to forego.

[1] Except for anything that benefits the poor, obviously.

Share
Previous Closer to the edge
Next This is not 1997 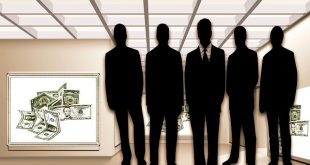