Because the economy, stupid!

The Paris climate agreement has been widely hailed as a success.  This is largely because for the first time the world’s biggest polluter – the USA – is actually a signatory to the agreement.  This said, the reason it is an “agreement” rather than a treaty is precisely because the climate change deniers in the US congress would have refused to ratify a treaty.

Unfortunately, in order to get the USA to sign up to the agreement, greenhouse gas  emissions targets were set so low that scientists in a new study in the journal Nature, say that exceeding the 1.5c preferred ceiling on warming is already inevitable and the dangerous 2c upper limit will most likely be breached before the end of the century:

One of the researchers, Professor Niklas Höhne, of the New Climate Institute in Cologne, told the Independent:

“Three degrees of warming would be what I describe as completely catastrophic and this is definitely what we need to avoid.  Even two degrees is not a very pleasant situation, with significantly more droughts and floods and weather events … not a very pleasant world. There’s also the risk of tipping points and irreversible change.”

The one saving grace is that the Paris agreement provides an international forum where governments and scientific advisors can review and improve their greenhouse gas emission targets.  However, given most governments’ current concerns with economic growth, this may well prove too little too late.

Share
Previous Brexit brought forward Britain’s next banking crash
Next The end of the university dream? 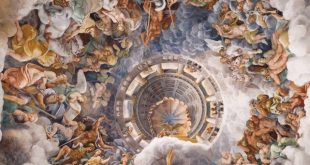 Let’s be done with these tired old gods