Beer and the real economy 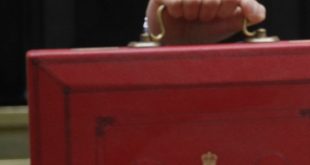 What if growth cannot return? 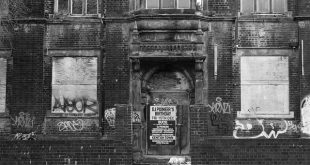 A failure of complexity 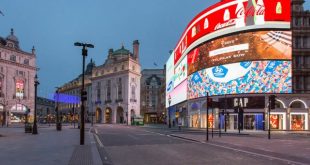 Forget the macroeconomics; sometimes it is the small changes that people make to their lifestyles that tell us the most about the health of the economy.  In December last year, for example, we reported on the fall in shampoo sales that followed a significant shift in people’s personal hygiene habits.  Today we discover that something similar is happening with the good old British Pint:

“Beer duty should be cut by a penny in this month’s Budget to help save pubs from closing, the British Beer and Pub Association (BPA) has said.  It comes as sales of beer in the UK’s pubs, bars and restaurants have fallen by the biggest margin for five years.

“The BPA said 35 million fewer pints of beer were sold in British pubs, bars and restaurants in the three months to September, compared with a year ago.”

It would be easy to dismiss this report as part of the usual pre-Budget pleadings from various industries for grants, subsidies and tax reliefs.  There is, however, good reason to take the fall in beer sales seriously.  This is that beer is an entirely discretionary product.  Nobody has to buy it.  This is important because it tells us that the balance between discretionary and non-discretionary spending has shifted.  When the prices of such non-discretionary (you – more or less – have to pay them) items like rent, food, energy, council tax and debt interest increase, households are obliged to cut back on discretionary items… like beer and shampoo.

This is a particular problem for the fifth of British workers paid less than the Living Wage.  As Jamie Doward in the Guardian reports:

“More than a third of people who earn less than the “real living wage” have reported regularly skipping meals to save money…  A poll carried out for the Living Wage Foundation also found that more than a third of people earning less than this had topped up their monthly income with a credit card or loan in the last year, while more than one in five reported using a payday loan to cover essentials. More than half – 55% – had declined a social invitation due to lack of money, and just over half had borrowed money from a friend or relative.”

Clearly, all of those declined social invitations have fed into the big decline in beer sales, since in the UK most social events involve the consumption of alcohol.  They probably also feed into last year’s decline in shampoo sales, since if you are not going out you may decide not to wash your hair quite so often.

Falling beer sales feed back into poverty too.  The Living Wage Foundation research found that:

“Earnings below the Living Wage are most prevalent for job roles in the hospitality sector, particularly Bar Staff (86%) and Waiters & Waitresses (83%).”

Despite this, falling margins mean that the price of a pint in the pub (if not the supermarket) has increased.  A government tax cut might alleviate this to some extent.  However, the beneficiaries will not be those on the lowest incomes, but rather the affluent middle classes whose drinking habit would otherwise begin to get too expensive.

What the decline in beer sales confirms is that the level of income inequality in the UK is fast approaching the point where the economy is undermined.  The paradox of record low unemployment coupled to falling wages is a product of this inequality.  Inflation is rife is such areas as beer down the pub (and house prices, shares, bonds, fine art and collectables) where the middle and upper classes can still afford to buy; even as more and more people at the bottom are driven into low-paid part-time, zero-hours and self-employed “employment” that has to be topped up with ever more punitive social security payments.

The economic limit to this inequality is the point at which whole industries are rendered unprofitable due to falling sales.  This is a particular problem in discretionary sectors of the economy – like beer and shampoo sales – where consumers are under no obligation to buy.  Once the wages of bar staff and retail assistants have been driven down to rock bottom, rising prices are the only alternative.  But rising prices come with precisely the falling sales that we are now witnessing.  And while Britain’s rich may have sufficient money to take up the slack left by the poor, they certainly do not have the tolerance to alcohol that would be required.

When the discretionary sectors of the economy begin to roll over, the unemployment figures will be forced up to something more credible as it will no longer be possible to hide unemployment with fake employment topped up by in-work benefits.

… you might consider supporting The Consciousness of Sheep.  There are three ways in which you could help us continue our work.  First – and easiest by far – please share and like this article on social media.  Second, sign up for our monthly e-mail digest to ensure you do not miss our posts, and to stay up to date with news about Energy, Environment and Economy more broadly.  Third, if you enjoy reading our work, consider leaving a tip. 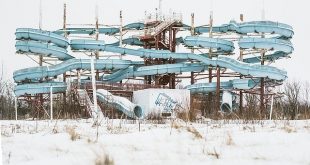