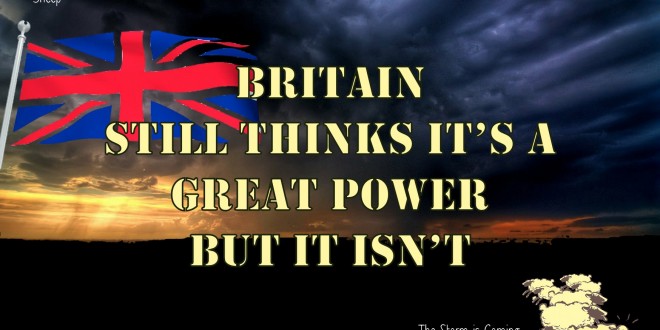 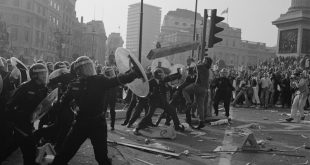 A dark reflection of a bygone age

In the days of empire, Britain was a force to be reckoned with. Coalitions of the willing were an unnecessary nicety. Britain’s opinion mattered, both in Europe and further afield. The current situation in Syria shows how far Britain has moved from that position.

David Cameron, prime minister of a majority government, had to carefully time his parliamentary vote on airstrikes over Syria in order to win. And to do so, he had to rely on the support of dissenters from the main opposition party. These are hardly the actions of the leader of a great world power.

That’s really because Britain is no longer a great power; it is a medium size power. That’s not something for it to be ashamed of, but something it, as a nation, struggles to accept.

The mirage of great power status is a comfort blanket to cling to in an uncertain world, but the truth is Britain’s voice has stopped being a roar. Intervening in Syria under a delusion of grandeur has long-term implications both nationally and internationally.

Superpowers are usually easy to identify because of their sheer dominance on the world stage. A great power, on the other hand, can be more difficult to define. They lack the dominance of the superpower but they exert power in other ways to differentiate themselves from less powerful nations.

That dominance can be shown in a variety of ways, but the outcome is usually the same. The purpose of power, after all, is to ensure its holder gets its own way. The powerful nation either needs to be able to offer a large benefit (such as money) to its supporters or wield a large punishment to mete out to its detractors. The larger the carrot or the stick (or both), the more powerful the nation will be.

Britain’s economic position has been overtaken so it pursues military prowess to exert power. Irrespective of how the UK is perceived overseas, governments of all parties have long believed that Britain needs to have a military befitting a great power – even if the dwindling military budget is closer to what might be expected for a medium size power.

Britain, like many nations, historically used its military power not only to defend itself from aggressors, but to pursue benefits overseas. It has taken control of nations, forced rulers and governments to adopt a pro-British line and generally ensured that Britain benefited wherever possible.

The enduring willingness to intervene militarily (and the prominent role British prime ministers tend to take on the international stage) demonstrates that the political elite wishes to maintain the appearance of great power status. But this requires a large, strong, well-trained, well-resourced, mobile force.

While the abilities and commitment of the British forces have never been in question, there have been numerous issues raised over the commitment of successive governments to adequately fund the armed forces. This came into sharp focus during the Iraq war, when the government was repeatedly accused of not properly supplying the British troops with the equipment they needed.

Cuts have been slowed in the short term but it is clear that in military terms, Britain is not a great power. It is simply not able to push its own agenda militarily overseas without the aid of other nations. In this latest case, it is making significant noise about joining the coalition fighting Islamic State in Syria, but it is questionable whether it will really make a real difference.

While the government and the public would baulk at the categorisation of Britain as a medium size power, there is clearly already some recognition of the limitations of Britain’s influence overseas. The plan for intervention in Syria is evidence of that.

We are seeing Britain becoming more collaborative in its activities. Long gone are the days of unilateral action. Instead, as with many medium size powers, Britain is being forced to negotiate with both international allies and enemies in order to achieve its goals.

This co-operation is necessary for Britain but it also enables the collaborating nations to create a sense of international legitimacy.

The unpopularity of the Iraq war, and the fallout from the Blair era have made the British public more reluctant to put boots on the ground in pursuit of enemies, Islamic State included. This has meant that the expense of war has, for a short while, been avoided (something that we would expect to see in medium sized powers).

Even now as it looks set to stray into Syria, it does so as part of an alliance. Britain is already acting in a way that we might expect of medium-sized nations – avoiding war and building alliances to push its international agenda.

Britain continues to cling to the label of great power. Some would argue that there is no harm in allowing this to continue. British pride remains intact, while the limitations of Britain’s position are quietly managed under the guise of international co-operation and collegiality.

However, there is a danger here. By failing to recognise a drop in status, the British public and the political elite allow themselves to believe that they have the ability to independently go to war, either economically or militarily, if necessary to protect their interests.

While it is true that Britain can contribute to action, Britain cannot lead that action and certainly cannot unilaterally act to push its own agenda. By failing to admit this, Britain remains vulnerable to another Blair-style era of action, where practicality is overshadowed by morality and the desire “to do the right thing”. While action may be needed to protect the innocent, Britain cannot allow past ambitions to outstrip its means.

This article was originally published on The Conversation. Read the original article.

Share
Previous The Madness of Amber Rudd
Next Link4Growth 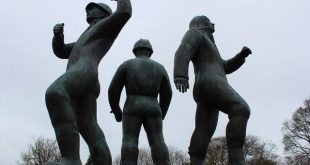 The disaster that led to New Labour